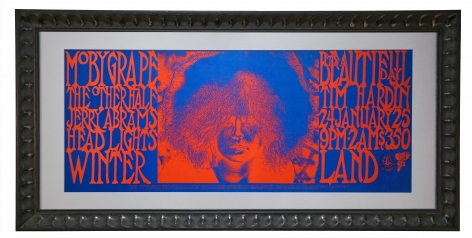 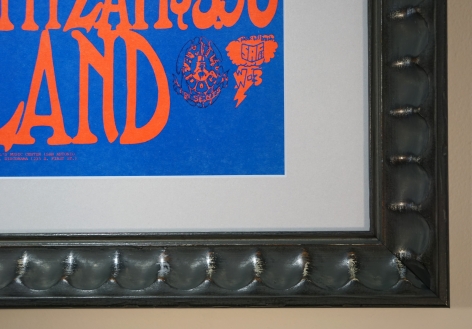 This is a horizantal poster for a show produced by the revived Family Dog, held at Winterland.  The Family Dog was one of the pioneering production companies in San Francisco, along with Bill Graham. The Dog were more connected with the non-commercial hippie culture than the profit-aware graham and eventually The Family Dog lost their lease at the Avalon in the Fall of 1968 and had to produce shows on the go, like this one.

Interestingly, both Moby Grape and It's a Beautiful Day shared the same manager, Mathew Katz, who was also the original manager for the Jefferson Airplane. According to Wikipedia, "Katz... is best known for his long bitter legal battles with Moby Grape, not allowing them to use their name. The band members eventually prevailed in court and Katz had to give up the name and pay back stolen royalties.