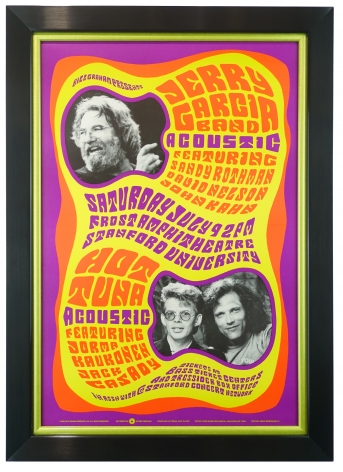 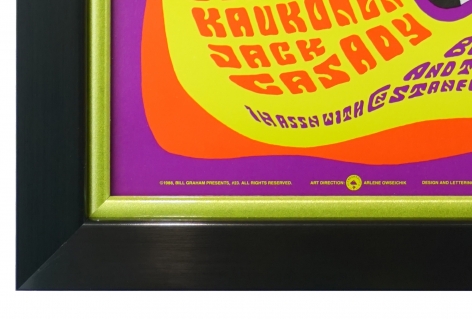 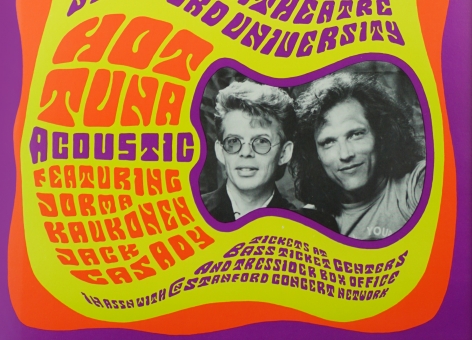 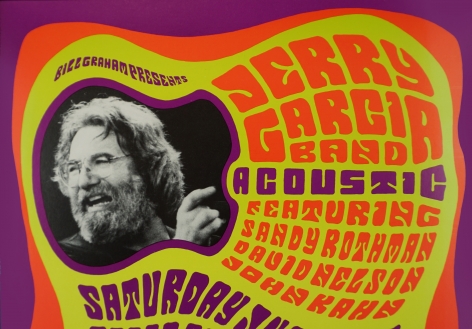 This poster was for an all acoustic show at the bucolic Frost Amphitheatre on the campus of Stanford University. Set in a naturally sloping bowl with 12’ long grass terraces stretching out horizontally and dropping gently level by level down to the stage, seeing shows at the Frost were truly like a family picnic - for Deadheads. Many say it was their favorite place to enjoy a show but as Jerry once said regarding an award for best Bay Area guitarist, “this isn’t a competition.”

The Jerry Garcia Band at this show included John Kahn (or course) and Sandy Rothman and David Nelson from Jerry’s bluegrass days. And indeed, according to Setlist.fm, there was alot of traditional music played - 100% covers except for Ripple - including Little Sadie, Been All Around This World, Diamond Joe, Turtle Dove, Deep Elem Blues and Oh Babe it Ain’t no Lie. One can imagine the children running around in what was truly a laid-back scene.