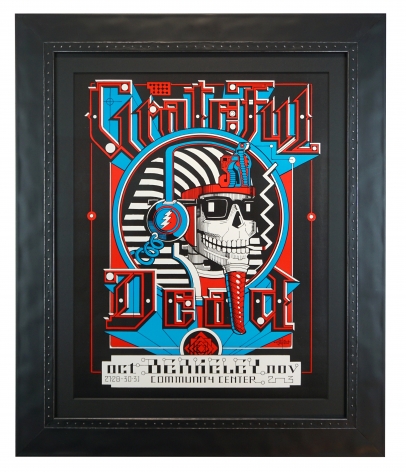 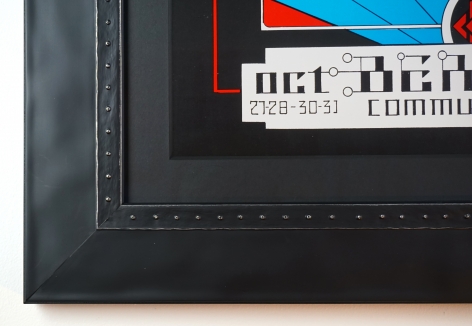 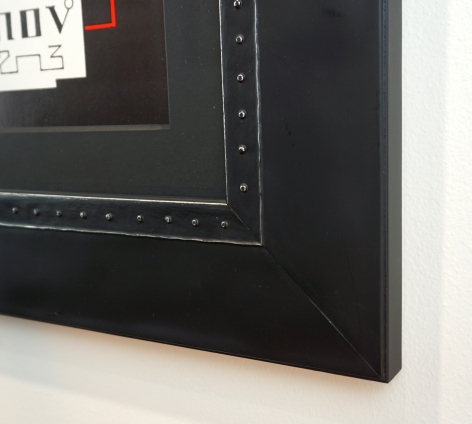 Note: Sold as of October 25, 2020. We'll be on the lookout for another one. Please contact us if you would like to be notified when we locate another.

This is a popular poster commemorating the Grateful Dead's run of six 1984 shows - Oct 27, 28, 30, 31, Nov 2, 3 at the Berkeley Community Theater. The BCT held fewer than 3,500 and those attending (including The Bahr) were treated to an intimate experience with what seemed like San Francisco’s local band (28% of their 64 shows that year were in the Bay Area). Fans were treated to 99 different songs out of 105 total over the 6 nights underscoring the Dead’s legendary breadth and depth of catalog. These shows were also notable for having the first officially designated taper's section on the floor.

This piece is by psychedelic era “Big Five” master artist Rick Griffin and features a grinning Pharaoh wearing shades and sporting some Steal Your Face headphones. Griffin mislabeled the venue as the Berkeley Community “Center” instead of Theatre. The design had not been approved by the promoter/management of the concert and most of the posters were confiscated outside the show, where Griffin was selling them. Those that survived that unfortunate raid are not seen for sale very often.