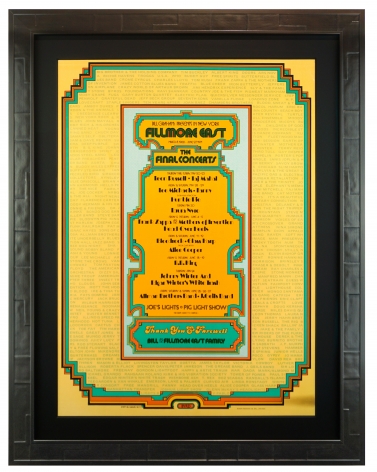 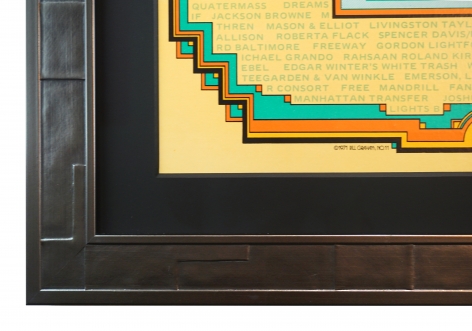 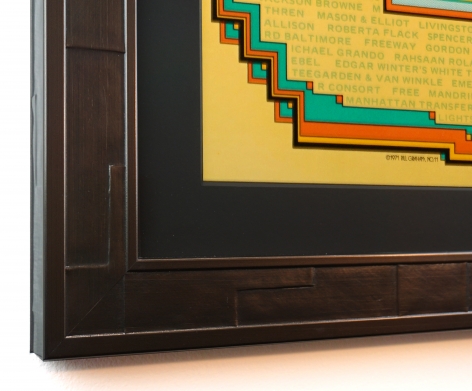 The Fillmore East was a companion to Bill Graham's Fillmore Auditorium, and its successor, the Fillmore West, in San Francisco, Graham's home base.

When Bill Graham took over the Village Theatre in 1968, it was unused and had fallen into disrepair. Despite the deceptively small front marquee and façade, the theater had a substantial capacity of almost 2,700.   Opening on March 8, 1968, the Fillmore East quickly became known as "The Church of Rock and Roll," with two-show, triple-bill concerts several nights a week at 8 pm and 11 pm.

The Allman Brothers Band played so many shows at Fillmore East that they were sometimes called "Bill Graham's house band"; additionally, the Grateful Dead played a total of 43 concerts at the theater from June 1968 through April 1971.

The Joshua Light Show, headed by Joshua White, was an integral part of many performances, with its psychedelic art lighting on a backdrop behind many live bands. Later, the Pig Light Show and Joe’s Lights, made up of former members of the Joshua Light Show, also provided trademark light shows behind the bands.

Because of changes in the music industry and large growth in the concert industry (as exemplified by the increased prevalence of arena and stadium bookings), Graham closed the Fillmore East after only three years. The final concert took place on June 27, 1971, with three billed acts (The Allman Brothers Band, The J. Geils Band, Albert King) and special surprise guests (Edgar Winter's White Trash, Mountain, The Beach Boys, Country Joe McDonald) in an invitation-only performance.