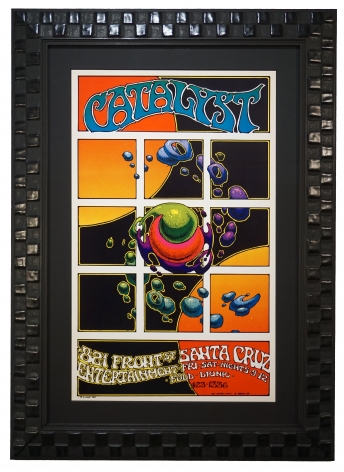 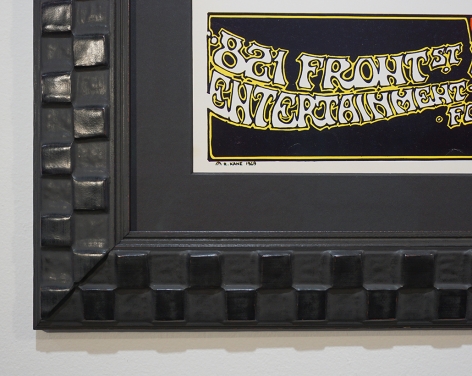 Here is a rare and neat-looking oddball 1969 Greg Irons poster with a colorful psychedelic design, featuring the original club logo (which is still in use today) for the Catalyst, Monterey Bay's premier nightclub, still going strong after many years of hosting top acts. Several live albums have been recorded at this Santa Cruz location as well. This beautiful early poster for the venue was one of the handful designed by underground comix artist Greg Irons.

Greg Irons was very highly regarded by his peers and also via the body of work that he left, but he died just as his star was rising. He was only 37 years old when a speeding bus on a busy Bangkok street killed him in 1984. Irons was a psychedelic poster artist, an underground cartoonist, a book illustrator, and an emerging tattoo virtuoso who brought a new sensibility to an age-old art form.