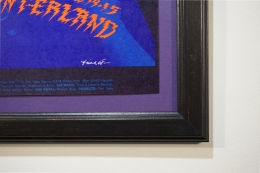 As a result of their galvanizing performance at the Monterey Pop Festival in 1967, Big Brother & the Holding Co. and their lead singer Janis Joplin were quickly thrust into the national spotlight. Because of existing contractual obligations, these shows represent a time when Big Brother was poised for stardom, yet without an album. A few months after these shows, "Cheap Thrills" would be released and shoot to number one.

The Crazy World of Arthur Brown was an English psychedelic rock band formed by singer Arthur Brown in 1967. Their song "Fire" was one of the one-hit wonders in the United States and the UK, in the 1960s, selling over one million copies.

Brown quickly earned a reputation for both his powerful voice (which spanned four octaves) and his outlandish performances, including the use of a burning metal helmet, which led to occasional mishaps. During an early appearance at the Windsor Festival in 1967, Brown wore a colander on his head soaked in methanol. The fuel poured over his head by accident caught fire; two bystanders doused the flames by pouring beer on Brown’s head, preventing any serious injury. The flaming head then became an Arthur Brown signature. On occasion he also stripped naked while performing, most notably in Italy, where, after setting his hair on fire, he was arrested and deported. He was also notable for the extreme make-up he wore onstage, which would later be reflected in the stage acts of Alice Cooper, Kiss, George Clinton, and others.