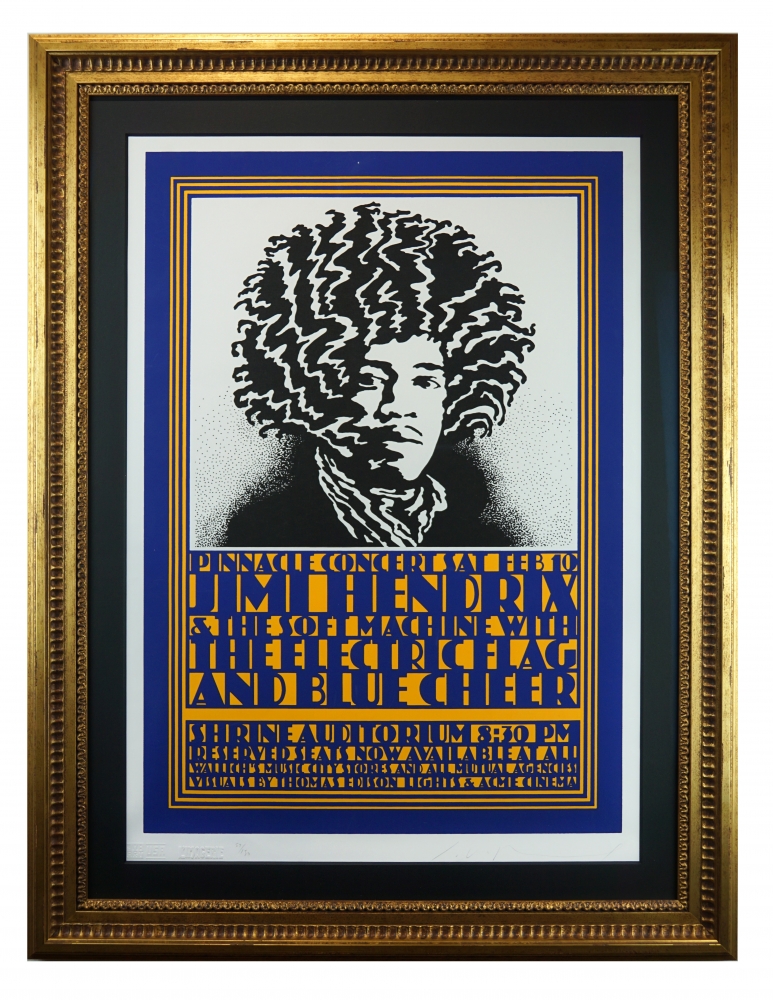 OYSTER BAY, N.Y. (March 15, 2021) – The Bahr Gallery, an art gallery dedicated to vintage, first-edition, psychedelic rock poster art, announced that a new Exhibition, “Travelogue” will be opening at the gallery on March 19, 2020 and running through May 16.  There will be one-hour reservation-only opening wine and cheese receptions on Saturday, March 20 from 5:00-8:00.

There is no question that San Francisco was the center of the psychedelic poster movement of the late 1960s. Beginning in early 1966, the posters made to advertise the new “dance concerts,” were stretching the bounds of the traditional “boxing style” poster and became as flowing, outlandish and psychedelic as the musical experience and light show they advertised.

But what was happening at this time in the other cities around America?

This Exhibition takes a deep dive into the artistic styles and posters used to advertise early rock concerts in other cities around the US, with a particular focus on what was happening in New York, Boston, Detroit, and Los Angeles. We are featuring works by other notable artists including David Byrd and Milton Glaser, Bob Driscoll and Eric Engstrom, Gary Grimshaw and Carl Lundgren, and John Van Hamersveld from those respective cities. Remembering that the posters were essentially advertising for rock dance concerts, we include the history of the epicentral psychedelic dance halls and their promoters during the period in their respective cities.

“Some of the most historic concerts, such as Led Zeppelin and Elton John’s first tours of the US, started in Boston, and New York’s Fillmore East was nicknamed “the church of rock and roll. So while the epicenter of the psychedelic rock poster was San Francisco it certainly wasn’t the only place that artists of the period were creating notable works,” said gallery owner Ted Bahr.

The back galleries of the Bahr feature much of the most famous poster art of the late 1960s -   more than 70 pieces are on display at any given time with meticulous histories placing each piece in context and giving the Gallery a museum-like feel. Admission to Travelogue is free. The Bahr Gallery, located at 95 Audrey Avenue in Oyster Bay, is open Fridays, Saturdays and Sundays from 1:30-5:30pm and by appointment.