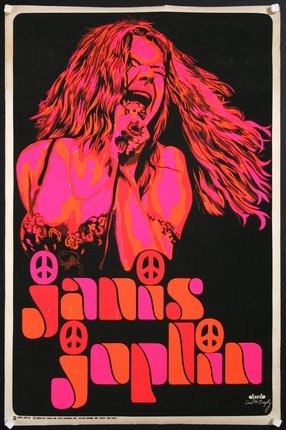 OYSTER BAY, N.Y. (June 3, 2021) – The Bahr Gallery, an art gallery dedicated to vintage, first-edition, psychedelic rock poster art, announced that a new Exhibition, “Club27” will be opening at the gallery the weekend of June 19, 2021 and running through September 12.  There will be Opening wine and cheese receptions on Friday June 18 and Saturday June 19  from 6:00-7:00 and 7:00-8:00. The Saturday receptions will be part of the Oyster Bay Art Night featuring other Galleries and specialty shops.

In addition to the Bahr Gallery Opening, Atelier On Spring Galerie, located at 19 Spring Street, Oyster Bay, will open to the public with its third exhibition, entitled “Good Trouble.” Meet the artists and enjoy poetry readings at the Opening reception, June 19, 6:00 – 8:00. More info is here:

Also, Hive Market and Maker Space will be open from 6:00-8:00 during the art night – all within about a block of each other. Hive features artisanal crafts and unique gifts and  works by local artisans. Hive's website is here

The 27 Club. Despite its list of prominent members, it’s the one club you don’t want to join. The members of the mythical organization are aligned by sad coincidence more than anything else: Jimi Hendrix, Janis Joplin, and Jim Morrison all died too early at 27. The Exhibition will explain the context of the changing rock universe when Hendrix, Joplin and Morrison ascended - and how this affected their place in the psychedelic rock poster world.

Curator and Gallery owner Ted Bahr explained, “The Beatles had left the stage - their last concert was April 29, 1966 as they concentrated on recorded music. The Rolling Stones finished their last tour of America in July 1966, not returning until November 1969 and in July 1966 Bob Dylan’s motorcycle accident ended his live performances until the early 1970s. So during the crucial time period from late 1966 through 1969 when rock and roll exploded from a cottage industry into big business, the Beatles, Rolling Stones and Bob Dylan were effectively missing in action, and completely so from the concert ballrooms and stages.”

The back galleries of the Bahr feature much of the most famous poster art of the late 1960s -   more than 70 pieces are on display Admission to Club27 is free. The Bahr Gallery, located at 95 Audrey Avenue in Oyster Bay, is open Fridays, Saturdays and Sundays from 1:30-5:30pm and by appointment.