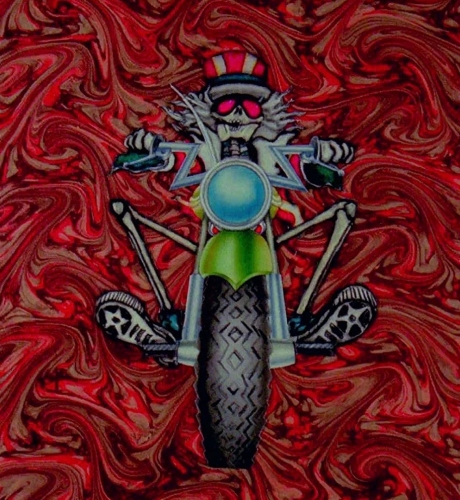 "In Jerry Garcia's original nearly five hour edit of the Grateful Dead Movie, he had the film opening with Uncle John's Band. A wonderful track, with a terrific performance filmed during the five night run (and later released as Bonus Track on the DVD in 2004), but it didn't have the weight of movie's opening sequence that Jerry wanted. In a typically inspired moment of brilliance, Jerry came up with the idea of opening the Grateful Dead Movie with a cartoon, just as films had been presented with cartoons going back to the Golden Age of Cinema. Gary Gutierrez was hired to create what, to this day, is one of the wildest, most visually stunning pieces of animation ever paired with music (heck, it's spectacular on its own!). To my eyes and ears, the Grateful Dead Movie is perfect, and part if its excellence is the opening sequence. When the crew breaks out of jail and lands themselves in Winterland to dance to the tune of U.S. Blues, it is a perfect cinematic, and Grateful Dead, moment." - David Lemieux