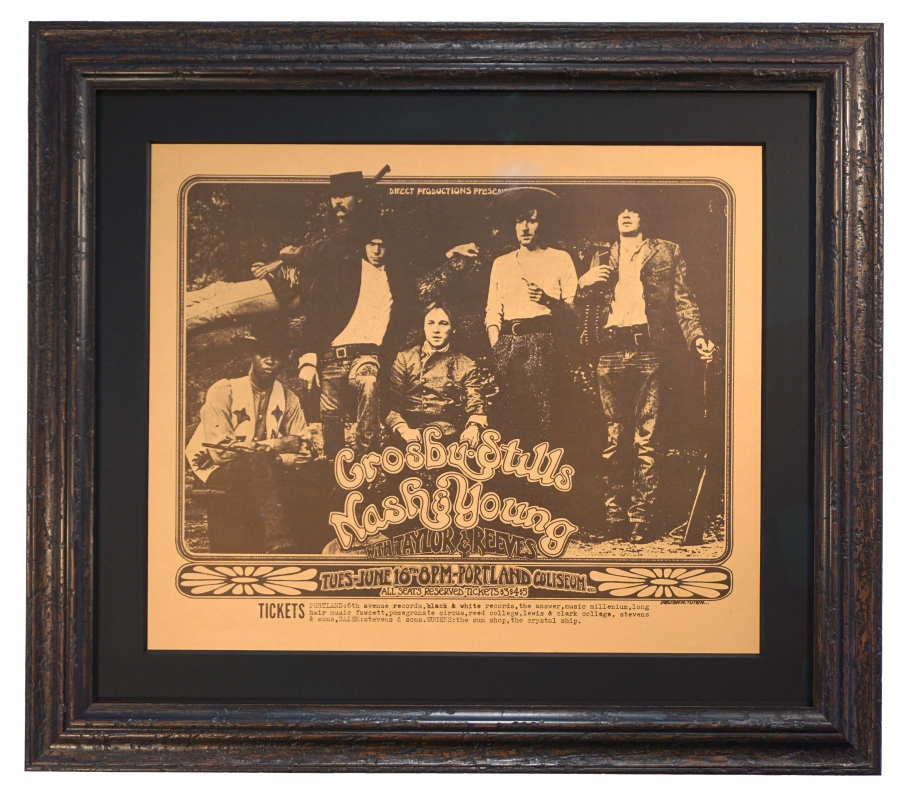 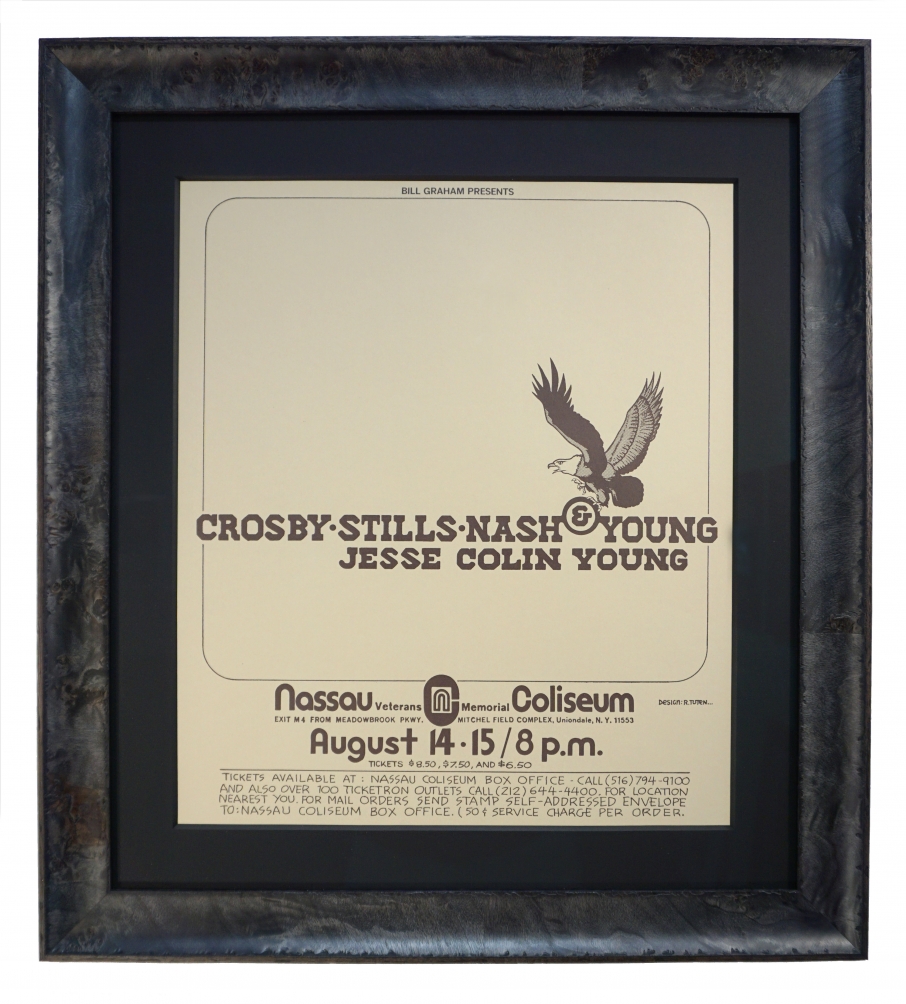 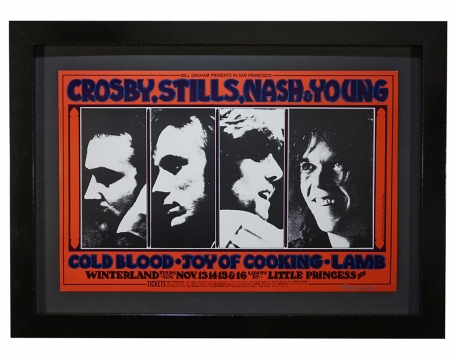 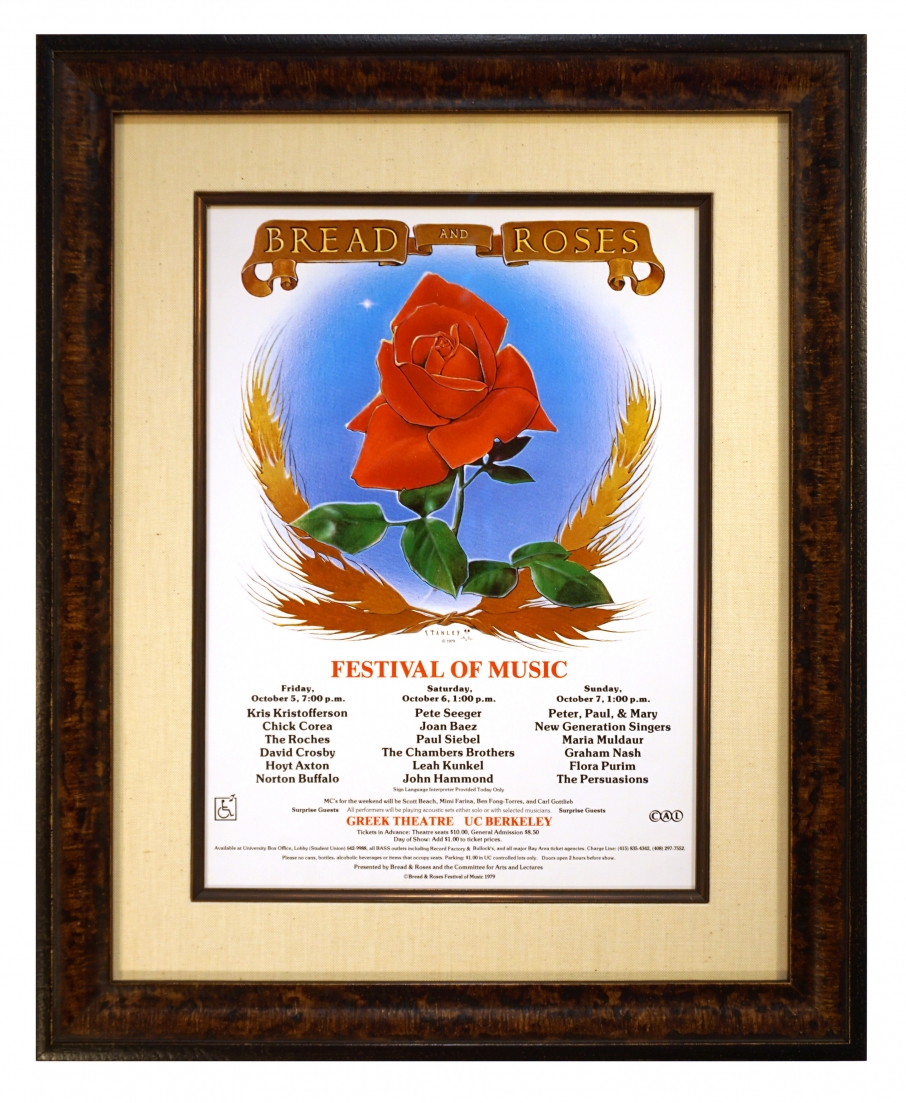 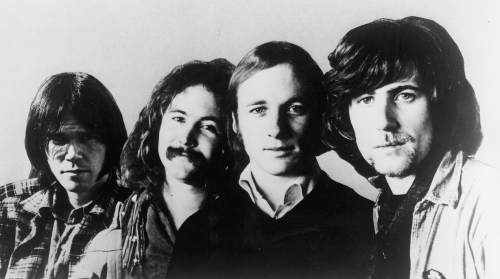 Crosby Stills & Nash had released their eponymous first album in May of 1969 and after some consternation brought Neil Young into the group with the contract stipulation that he could continue to record and perform with Crazy Horse. With Young on board, the restructured group embarked on a 39-date tour that ended in January 1970. Their first gig was on August 16, 1969, at the Auditorium Theatre in Chicago, with Joni Mitchell as their opening act. Their manager mentioned they were going to someplace called Woodstock the next day, but the band had no idea where that was.

Their one-hour second show in the early morning of August 18, 1969, was a baptism by fire at the Woodstock Festival. The crowd of industry friends looking on from offstage was intimidating and prompted Stills to say, "This is only the second time we've performed in front of people. We're scared shitless." Their appearance at the festival and in the subsequent movie, along with their popular recording the Joni Mitchell song memorializing Woodstock, boosted the visibility of the quartet.

CSNY’s second tour began in April 1970 and ended acrimoniously on July 9 of that year when the band had fired Stills and broke up. In the two years that followed, the individuals in the band released 2 solo albums each and every one went Gold, proving the group to be appealing commercially apart as well as together. In fact, only the individual Beatles as a group also achieved gold records with regularity after their breakup, reinforcing the notion of CSNY as the American Beatles. The foursome showed little interest in regrouping given their individual success, but with the real Beatles defunct and Bob Dylan not touring, public enthusiasm remained strong for CSNY as the new counterculture leaders to record and/or do concerts together

By 1974 the band had gotten back together and decided to tour again. Bill Graham was hired as the tour manager. Fresh off the large-scale indoor arena tour he had developed for Bob Dylan's return to the spotlight earlier in the year, Graham interspersed now-routine arena bookings (including Nassau Coliseum and Capital Centre) with large-scale concerts that exploited the capacity of baseball and football stadia (such as the Oakland–Alameda County Coliseum and Rich Stadium), directly presaging the "stadium rock" milieu that was rapidly normalized following the success of Graham's Day on the Green series. In line with the new scale of the performances, the band typically played up to three and a half hours of old favorites and new songs. Opening acts included such luminaries as Joni Mitchell, Santana, The Band, The Beach Boys and Jesse Colin Young.

When the tour ended the group returned to the studio in November 1974 but once again the bickering and feuding that had always plagued the supergroup led them to break up, this time for good.