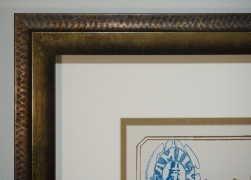 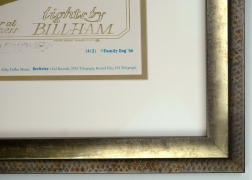 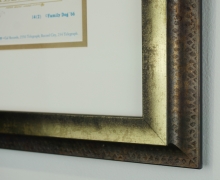 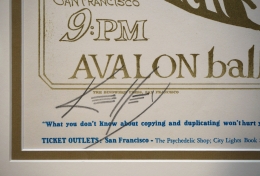 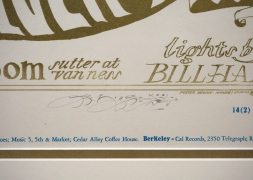 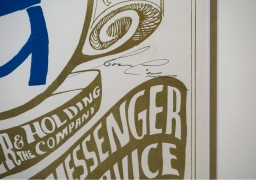 One of the most popular posters of the Family Dog series, this carries the Zig-Zag rolling papers logo and lettering. When Mouse and Kelley decided to use this design, it is apparent that they knew that it constituted copyright infringement; they included the quotation at the bottom of the poster: “What you don’t know about copying and duplicating won’t hurt you.” Apparently, the Zig-Zag folks saw this poster as great free advertising and never bothered Mouse and Kelley. The popularity of this poster was so great that it became the first poster in the Family Dog series to be counterfeited. The original posters are scarce in top condition today, presumably because every hippie in San Francisco needed one hung on the wall. Even second printings like this one are quite scarce.

This piece is in excellent condition and carries signatures from Mouse and Kelley as well as John Cipollina, a landmark on the San Francisco rock scene until his death in 1989 and a super nice guy to boot. As lead guitarist for Quicksilver Messenger Service, John Cipollina helped create the psychedelic sound that was a hallmark of San Francisco music scene in the 1960s. The group's long instrumental jams, in which Cipollina played a central role, were legendary, both on stage and on record.