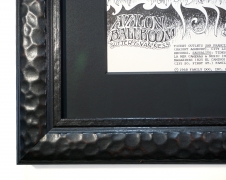 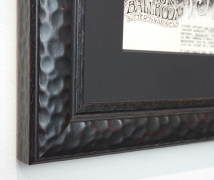 Bob Schnepf was a San Francisco Art Institute graduate who designed nearly a dozen psychedelic rock posters for Chet Helms of the Family Dog in 1967 and 1968.

Pink Floyd’s 1968 North American Tour was designed to support their second album, “A Saucerful of Secrets,” released at the end of June in the UK, but not until July 27 in the U.S. – about a week before these shows in San Francisco. The tour comprised 23 shows in 10 cities. Syd Barrett had officially been replaced by David Gilmour by April 1968 and increasingly the 1968 and 1969 shows consisted of post-Barrett compositions, with notable exceptions being "Astronomy Domine" and "Interstellar Overdrive.”

Chrome Syrcus formed in Seattle in 1966, but moved to San Francisco soon after to start their career. The band released the vast majority of their music in 1968, including their sole album, Love Cycle. The disc was influenced by the early psychedelic pop/rock sound, while also including elements that showed their artistic expression beyond the boundaries of a standard pop song. Chrome Syrcus loved confusing arrangements, classical references, orchestrations and pastoral flute sequences, and wild guitar solos. They sound like a perfect complement to early Pink Floyd in what must have been a very spacey evening.

The Holy Modal Rounders was an American folk music group, originally the duo of Peter Stampfel and Steve Weber, who began performing together on the Lower East Side of New York City in the early 1960s. Their unique blend of folk music revival and psychedelia gave them a cult-like following from the late 1960s into the 1970s. In 1968 they had just released their fourth album, “The Moray Eels Eat the Holy Modal Rounders,” which had playwright Sam Shepard on tambourine and the song, “If You Want to be a Bird,” [“Bird Song”] which appeared in the 1969 movie, Easy Rider.