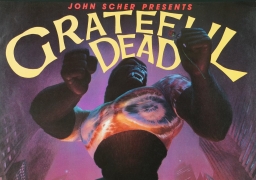 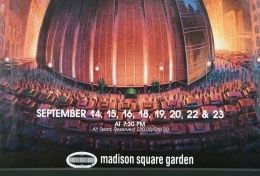 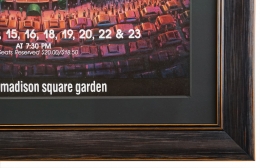 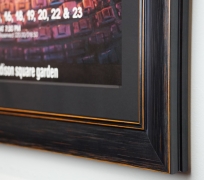 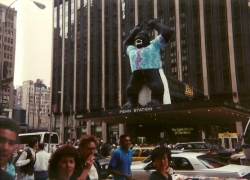 NOTE: This piece is on reseve - Please let us know if you would like to be contacted when we come across another one  -  ted@bahrgallery.com

In September 1988 the Grateful Dead brought a 9-show run at Madison Square Garden to a close with a rare benefit performance. The September 24th, show was a benefit to save the world’s tropical rain forest with proceeds donated to Greenpeace, Cultural Survival and the Rainforest Action Network. Other guests that night included Mick Taylor (Rolling Stones), Daryl Hall and John Oats and Jack Casady from Hot Tuna.

This epic run of 9 shows topped the Dead’s previous record in New York, the 8 shows at Radio City in October 1980. The longest run of shows in Grateful Dead history were the 15 Warfield Theater shows in San Francisco from September 25 to October 14, 1980. The Dead duplicated their 9-shows at the Garden in 1991

"Music goes way back before language does. And music is like the key to a whole spiritual existence which this society doesn't even talk about. We know it's there. The Grateful Dead plays at religious services essentially. We play at the religious services of the new age. Everybody gets high, and that's what it's all about really. Getting high is a lot more real than listening to a politician. You can think that getting high actually did happen - that you danced, and got sweaty, and carried on. It really did happen. I know when it happens. I know it when it happens every time..." - Jerry Garcia