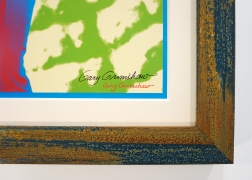 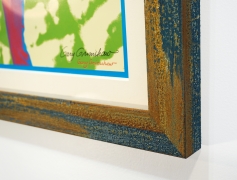 The Jimi Hendrix Experience had released their second album, Axis: Bold as Love in December of 1967 and the album had reached #3 on US charts in February 1968, when this concert took place. Hendrix supposedly opened with Sgt. Pepper’s Lonely Hearts Club Band and included two Bob Dylan covers, “Can You Please Crawl Out Your Window,” and “Like a Rolling Stone.” The Monterey Pop-like set ended with “Wild Thing.”

The tour began with a Feb 1-4 run at the Fillmore and Winterland in San Francisco, shows famous for the Rick Griffin “Flying Eyeball” promotional poster. They played 8 other cities before arriving in Detroit to play at the Masonic, which was built in the early 1920s and is the largest Masonic Temple in the world. Most of the psychedelic rock acts of the day were performing at the Grande Ballroom, known as the Fillmore of the Midwest, but in this case the Masonic could host 4,400 patrons versus around 1,800 at the Grande.

The Soft Machine was a British band formed in 1966 and named after the novel of the same name by famous Beat generation writer William S. Burroughs. Sharing the same management as Jimi Hendrix, the band supported the Jimi Hendrix Experience's North America tour throughout 1968. Though they achieved little commercial success, they are considered by critics to have been influential in rock music, Dave Lynch at AllMusic called them "one of the more influential bands of their era, and certainly one of the most influential underground ones."

* There is no original pre-concert printing of this poster because only postcards were made. This poster was printed in 1990 and bears the notation, “RG-68-2 Original Artwork by Gary Grimshaw.” This is the first printing of the poster incorporating this outstanding image by Grimshaw, who was considered the near-equal of the San Francisco School of poster artists.