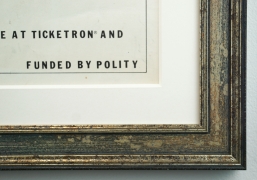 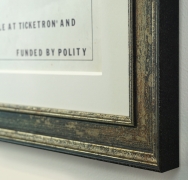 Over the years, the lineup of the Jerry Garcia Band changed many times. The one constant member besides Garcia himself was bassist John Kahn, who served as Garcia's principal musical collaborator outside of the Grateful Dead after 1970. Melvin Seals had the next longest tenure, serving as keyboardist from 1980 onward.

Jerry Garcia's musical interests were famously varied, and this was reflected in the diverse music played by his band. Like the Dead, the Jerry Garcia Band played rock music that was influenced by blues, folk, country, and jazz in an improvisatory milieu that largely served as a framework for Garcia's solos. Notably, the group favored a slower, groove-based "bar band" approach strongly oriented toward rhythm and blues gospel music and reggae.

Set 1: I'll Take a Melody, The Way You Do the Things You Do, Knockin' on Heaven's Door, Run for the Roses, Cats Under the Stars | Set 2: Mission in the Rain, Rhapsody in Red, Don't Let Go, Deal, Tangled Up in Blue