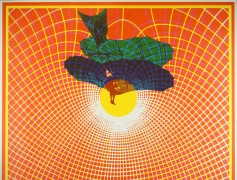 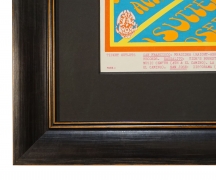 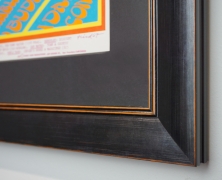 Recently sold. If you are interested, e-mail me as I am on the hunt for another one.

Born in Memphis, in 1938, Charles Lloyd grew up surrounded by the vibrant blues and jazz scenes of his native city. Given a saxophone at age nine, by the mid-'60s, Lloyd had developed into a highly adept writer/arranger, as well as a virtuoso improviser, and in the early to mid 1960s he played regularly with icons like John Coltrane, Miles Davis, Charles Mingus, and Cannonball Adderley. He formed his own quartet in 1965 featuring pianist Keith Jarrett, drummer Jack DeJohnette, and bassist Cecil McBee.

Lloyd's quartet released several exceptional albums during this time, including 1967’s Forest Flower: Charles Lloyd at Monterey which was one of the first jazz recordings to sell a million copies, gain heavy radio play, and garner a wide crossover audience during a time when rock was quickly superseding jazz in the popular mindset. Lloyd was voted Jazz Artist of the Year by Down Beat magazine and he spent much of the late '60s sharing billing at the country’s loosely-knit network of psychedelic rock ballrooms.

West Coast Natural Gas started in 1965 in Seattle. In early 1967 they went to San Francisco to work for a local music manager named Matthew Katz. Katz was the original manager for Jefferson Airplane, Moby Grape and later also It's a Beautiful Day. He talked West Coast Natural Gas into signing a contract with him but, like the other bands, they basically signed everything over to him.

Artist Robert Fried was in Brooklyn in 1937. While not considered one of the San Francisco School’s “Big Five,” Fried was valued for his technical skill and creative application of the abstract to a commercial execution. Like Victor Moscoso, he was one of the rare SF School poster artists who was formally trained as an artist and graphic designer. From 1967 through 1970 Fried created 18 rock concert posters for the Family Dog, Bill Graham and others.