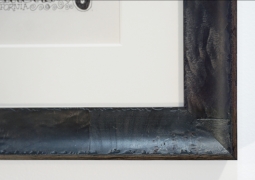 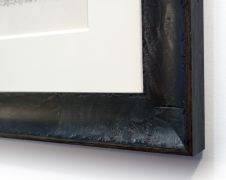 The Human Be-In took place in Golden Gate Park in January 1967 and ushered in the “Summer of Love” later that year. The Human Be-In is generally considered to be one of the most important events in the hippie counterculture movement and featured “All S.F. Rock Groups,” including the Grateful Dead, Big Brother & The Holding Company with Janis Joplin, Country Joe & The Fish, and Quicksilver Messenger Service.

There were two posters produced for this event, one by Stanley Mouse and Alton Kelley, and this one, created by Rick Griffin. Griffin had come up to San Francisco from the L.A. area where he was an accomplished surf magazine and airbrush artist. He had designed his first poster for the Psychedelic Shop and was walking down the street with it when he was spotted by dance concert promoter Chet Helms. Helms liked the piece so much he asked Griffin to do a poster for the Human Be-In and subsequently for shows at the Avalon. This poster, then, was only the second by Rick Griffin who rose to become one of the greatest psychedelic poster artists, arguably the best, over the next 2-3 years.

The Human Be-In also included many speakers ranging from hippie culture (Timothy Leary, Richard Alpert), members of the Beat Generation (Allen Ginsberg, Lenore Kandel, Gary Snyder, Lawrence Ferlinghetti) and political activists (Dick Gregory, Jerry Rubin).  This was a unique celebration because it brought together these quite disparate groups, particularly the political activists pushing radical means to end the war in Vietnam and the peaceful hippies - One can imagine the speakers from the Beat Generation as moderators, happy to take credit for being part of the roots of the hippie movement and grab the spotlight as they themselves faded from view.