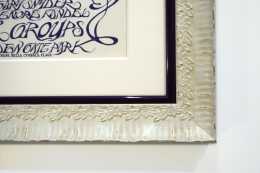 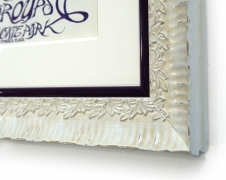 The Human Be-In was an event in San Francisco's Golden Gate Park Polo Grounds on January 14, 1967. It was a hippie coming-out party of sorts and a prelude to San Francisco's Summer of Love, which made Haight-Ashbury a symbol of American counterculture and introduced the word "psychedelic" to suburbia. The Human Be-In focused on the key ideas of the 1960s counterculture: personal empowerment, communal living, ecological awareness, higher consciousness (with the aid of psychedelic drugs), acceptance of illicit psychedelics use, and radical liberal political consciousness. There were two posters designed for the event, with this one, by Mouse and Kelley, being one of the most iconic poster images of the era.

Music was provided by "all San Francisco bands," including Jefferson Airplane, The Grateful Dead, Big Brother and the Holding Company, and Quicksilver Messenger Service, most of whom had been staples of the Fillmore and the Avalon Ballroom. Underground chemist Owsley Stanley provided massive amounts of his "White Lightning" LSD, specially produced for the event, as well as 75 twenty-pound turkeys, for free distribution by the Diggers, a Haight-Ashbury political and charitable organization.

The speakers at the rally  included Timothy Leary in his first San Francisco appearance, who set the tone that afternoon with his famous phrase "Turn on, tune in, drop out" and fellow Harvard professor Richard Alpert (soon to be known as "Ram Dass"), and poets like Allen Ginsberg, who chanted mantras, Gary Snyder and Michael McClure. Other counterculture gurus on the program included comedian Dick Gregory, Lenore Kandel, Lawrence Ferlinghetti, Yippie co-founder Jerry Rubin, and Alan Watts.