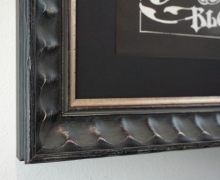 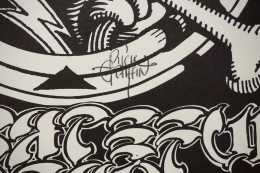 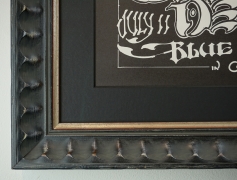 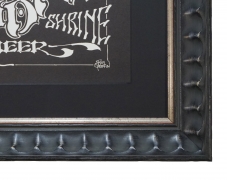 This piece is yet another classic Rick Griffin design that was so strong visually it thrived in black and white. Some sort of antlered creature wrapped up in the scarves like a 1920s auto racer, hands tight on the wheel, with a background of crossbones and a halo of skulls. Whoa! This represented a departure from many of the Rick Griffin totems that pop up in his other posters from the period.

Although the concert was July 11, this piece is a commemorative poster that Griffin designed later—some time in the early 70s. These posters were then sold through Griffin’s company, California Graphic Exchange. There is a well-known reprint from the Psychedelic Solution and some pirated copies. There is no information on the setlist from this show but it was an active time for the band, which played 131 shows that year.

This gig followed the Dead’s final show at the Carousel Ballroom, which they had leased in January along with other San Francisco bands in an attempt to break the hold that Bill Graham had on concert bookings. That 5-month experiment failed and within a month, Graham had obtained a new lease from the owner of the Carousel, shut down his original Fillmore Auditorium and renamed the Carousel the Fillmore West.