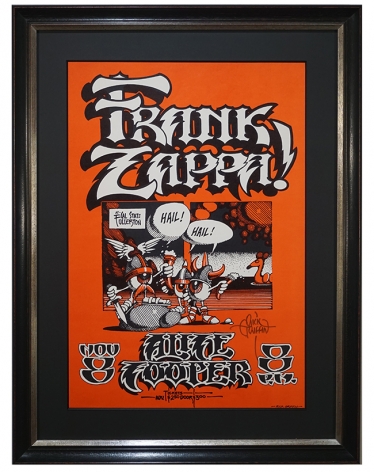 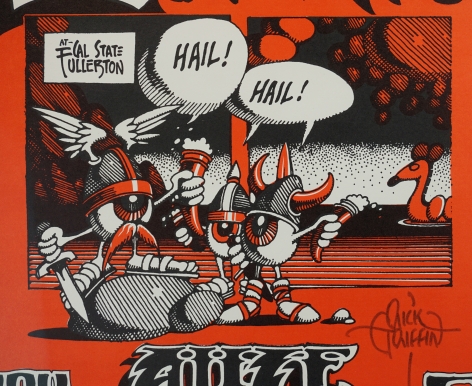 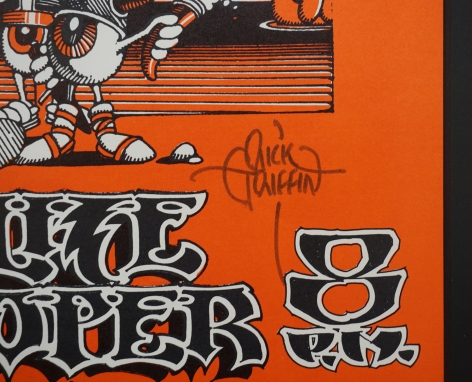 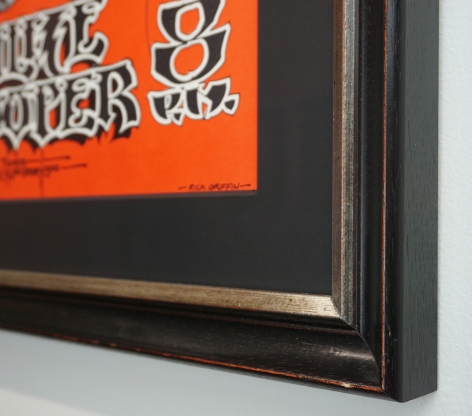 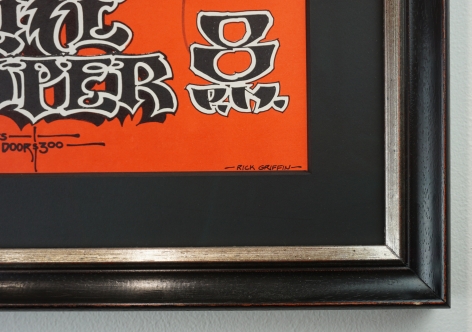 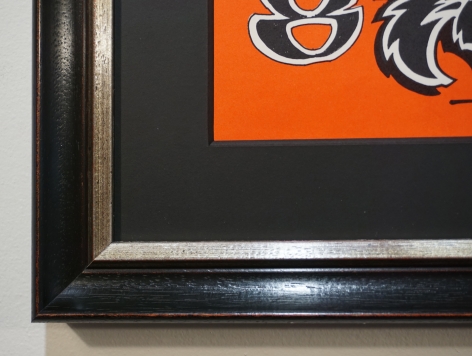 This rare first printing of this poster – which actually commemorates the event because it was printed in 1972 – is one of Rick Griffin’s most sought-after designs. And what a combination – Frank Zappa and a very early Alice Cooper – what a bill!

One night after an unsuccessful gig at the Cheetah club in Venice, California, where the band emptied the entire room of patrons after playing just ten minutes, Alice Cooper were approached and enlisted by music manager Shep Gordon, who saw the band's negative impact that night as a force that could be turned in a more productive direction. Shep then arranged an audition for the band with Frank Zappa, who was looking to sign bizarre music acts to his new record label.  For the audition Zappa told them to come to his house "at 7 o'clock." The band mistakenly assumed he meant 7 o'clock in the morning. Being woken up by a band willing to play that particular brand of psychedelic rock at seven in the morning impressed Zappa enough for him to sign them to a three-album deal.

Alice Cooper's first album, Pretties for You, released in 1969, was eclectic and featured an experimental presentation of their songs in a psychedelic context. The musical connection with Zappa was apparent. The elements of the band's fundamental sound are present, surrounded by unusual studio overdubs and effects. Although Pretties for You touched the US charts for one week at No. 193, it was ultimately a critical and commercial failure.

Ultimately, Alice Cooper continued to pay their dues and experiment with increasingly outlandish and shocking stage acts (witnessed by a pre-Ziggy David Bowie among others) until their breakthrough, “I’m Eighteen,” was released in 1970.