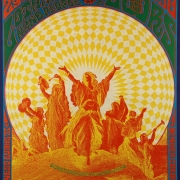 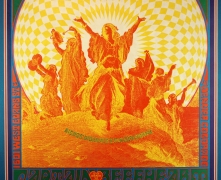 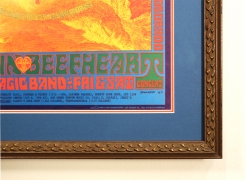 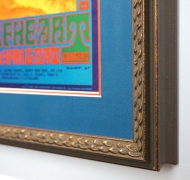 Yes there were other poster artists of the time! Bob Schnepf’s blinding white and yellow graphics gave this poster it’s nickname, Flash. “A new singing group,” The Doors headlined and were still riding high following the Summer of Love  and their hit single Light My Fire.  It wasn’t all they played at this concert though as they had released their second album, Strange Days, two days before the show.  Listen to Light My Fire from the Sept 29 show by googling: “Doors Sept 19 1967 Denver Light My Fire”

The first night they played at University of Denver, and the second at the "Denver Dog," the theatre at 1601 West Evans Ave being leased by San Francisco-based rock dance promoter The Family Dog.

Lothar and the Hand People were a late-1960s psychedelic rock band known for its spacey music and pioneering use of the theremin and Moog modular synthesizer. The band's unusual appellation refers to a theremin nicknamed "Lothar", with the "Hand People" being the musicians in the band

The theremin is an electronic musical instrument controlled without physical contact by the thereminist (performer). The instrument's controlling section usually consists of two metal antennas that sense the relative position of the thereminist's hands and control oscillators for frequency with one hand, and amplitude (volume) with the other. The electric signals from the theremin are amplified and sent to a loudspeaker.

Robert Moog began building theremins in the 1950s, while he was a high-school student. Moog subsequently published a number of articles about building theremins, and sold theremin kits that were intended to be assembled by the customer. Moog credited what he learned from the experience as leading directly to his groundbreaking synthesizer, the Moog.