Detail of the dogs 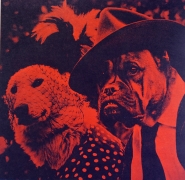 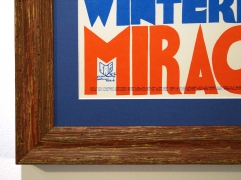 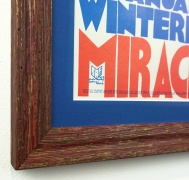 The Family Dog, producing primarily out of the Avalon Ballroom, lost their lease there in November 1968 and founder Chet Helms began to get involved in other pursuits. Hence this show was called the Family Dog Revival, headlined by Frank Zappa and his Mothers of Invention.

In the spring of 1967, the Mothers had gotten a 6-month gig at the Garrick Theatre in New York and so moved to The City from Los Angeles and played there and on the Continent. They returned to LA in the summer of 1968. Despite being a success with fans in Europe, the Mothers of Invention were not faring well financially. Their first records were vocally oriented, but Zappa wrote more instrumental jazz and classical oriented music for the band's concerts, which confused audiences. Zappa felt that audiences failed to appreciate his "electrical chamber music". Recorded from September 1967 to September 1968 and released in early 1969, Uncle Meat was a double album of varied music and the final release by the original Mothers.

The Sir Douglas Quintet was an American band from San Antonio that had a big hit with “She’s About a Mover.” They moved to San Francisco as that scene developed and so appeared in a number of posters from the era.