Detail 3  - Note in the uper left and right a fake Family Dog logo with the word "Abraxas" below exvelopes a minature real Family Dog logo. - Zoom in to see it.  Abraxas is " a word of mystic meaning" according to Wikipedia which has a lengthy explanation of the word. 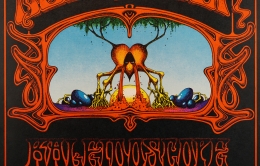 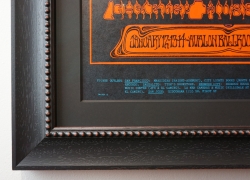 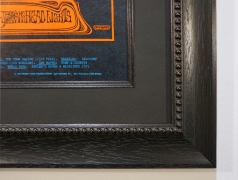 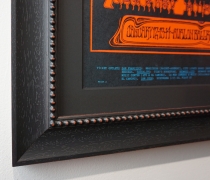 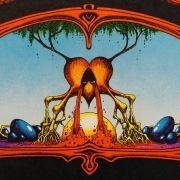 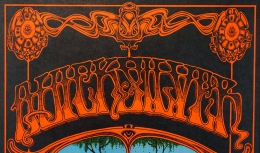 This is one of the finest of the San Francisco posters, and one of the most sought-after. Artist Rick Griffin, contributes some masterful images and tripped-out lettering for this Quicksilver poster, which also features Kaleidoscope and Charlie Musselwhite (although good luck trying to read Charley Musselwhite  --  now you see it, now you don’t). The colors are vivid,  and leap out from the black background. A bleeding heart forms roots and grows toward the sky, surrounded by a red border that is descended clearly from Art Nouveau  architectural forms.

The band's second album, A Beacon from Mars, was released in early 1968, to generally good reviews but poor sales. The title track featured a long psychedelic electric guitar solo by Lindley, which later caused Led Zeppelin's Jimmy Page to refer to the Kaleidoscope as his "favourite band of all time." In live performances of the tune, Lindley used a violin bow on his electric guitar, probably influencing Page to use the same effect later.