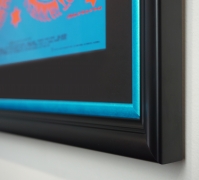 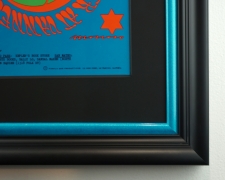 This early 1967 poster done by Victor Moscoso advertised the “Dance of the Five Moons,” at the Avalon Ballroom. While Moscoso used many different typography styles, the lettering used in this poster was immortalized as a specific font, called Victor Moscoso. Moscoso tells the story behind the origin of the poster:

“When [promoter] Chet Helms went to England for a while, he left Philip Hammond in charge, who was the art director when Chet was gone. Philip was into astrology, so he would figure out the astrological chart for the date of the dance, then he would give it a title. In this poster I am using a letter face based on one called ‘smoke’. I liked how it was thick at the bottom and thin at the top. I did all these letters by hand and modified smoke to my liking.”