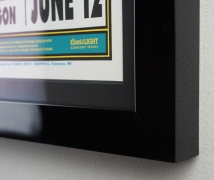 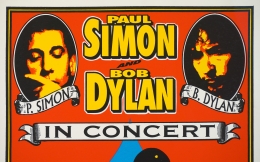 The Never-Ending Tour is the popular name for Bob Dylan's endless touring schedule since June 7, 1988.   This leg of that tour began in Colorado Springs, Colorado, on June 6th, and involved 38 shows co-headlining with Paul Simon. The two rock icons switched who opened for who each night but the songs that the artists performed together were what really got the crowd going.

Shortly before Bob Dylan and Paul Simon went on the road together, the two of them got together at Paul Simon’s NYC apartment with a couple of acoustic guitars and began sketching out ideas for possible onstage collaborations. “We were singing folk songs,” Simon said. “Some were obscure, some were better known. It was just two acoustic guitars and it sounded great. But as we got closer to the show, it became apparent what people wanted to hear was us singing each other’s songs. So that’s what we did.”

Late in the Evening

Still Crazy After All These Years

Bob Dylan and Paul Simon together

The Sound of Silence

I Walk the Line / Blue Moon of Kentucky