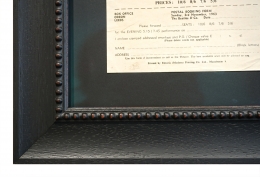 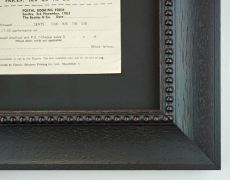 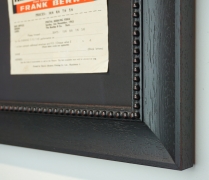 The fantastic graphics of this flyer proclaim the Beatles to be "Exciting! Dynamic! Fabulous!" which is exactly how Britain felt about them in November 1963, the year they took the country by storm. "Love Me Do," had been released just one year prior, and on the night after the two Leeds concerts advertised here, November 4, they would give their historic performance for the British Royal Family including the Queen Mother and Princess Margaret at the Royal Variety Performance Show.

The Beatles' fourth British tour of 1963 began 2 days before their appearance at the Odeon Cinema in Leeds. This was the group's first series of concerts as unchallenged headliners and The Beatles topped a bill featuring five other acts: The Rhythm & Blues Quartet, Vernons Girls, The Brook Brothers, Peter Jay & The Jaywalkers, and The Kestrels. The MC [“compere”] on the tour dates was Frank Berry.

The day before this show, a report in the Daily Mirror newspaper carried the headline: "Beatlemania! It's happening everywhere, even in sedate Cheltenham". This is believed to be the first use of the word in print; by the end of the year it would be widely used. This concert took place just before The Beatles made their first historic trip to America, where they proceeded to take the U.S. by storm.

There were two performances on that Sunday, November 3, at 5:15 and 7:45, and The Beatles played 10 songs: I Saw Her Standing There, From Me To You, All My Loving, You Really Got A Hold On Me, Roll Over Beethoven, Boys, Till There Was You, She Loves You, Money (That's What I Want) and Twist And Shout.

This is a thin but colorful 5" x 11.75" handbill which is difficult to find in this condition. It features photo portraits of each Beatle as well as The Brook Brothers.  The postal booking form at bottom is unused and was designed to be removed to be sent away for tickets by mail. This piece has moderate handling wear with a tiny spot of staining at lower right. A classic early Beatles concert piece. Scarce.