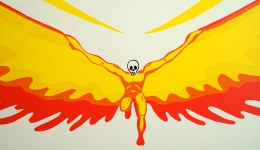 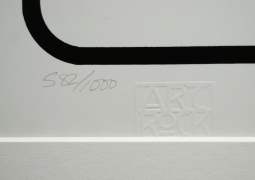 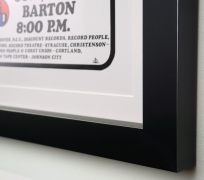 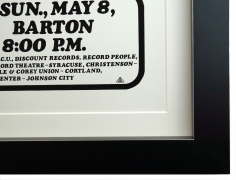 This is the only authorized reprint of the super-rare poster for what is referred to simply as “Barton Hall,” the show regarded by most as the best Grateful Dead performance ever. As we used to say, “the tapes will bear me out.” Its importance has been confirmed by being added to the National Recording Registry in the Library of Congress in 2012. The show was played on Mother’s Day which started as a fine Spring day but plunged in temperature and by the time the band took the stage a huge snowstorm was raging outside.

Few posters were produced for the show—reportedly 500 or less—and they were mainly distributed to Cornell Concert Commission members and students, with a small number of posters going to ticket outlets. Little advertising was done or needed for that matter; the show sold out in two days. The poster was designed by Cornell senior engineering student Jay Maybrey, now an orthopedic surgeon practicing in Texas.

ArtRock, owned by Phil Cushway, was a collector/printer/gallerist who obtained permissions and did authorized elegant silkscreen reprints of some of the most iconic posters of the era. This silkscreen was pulled in 1990 and is a much more affordable way to get Barton Hall onto your walls. We have only seen two originals for sale in the last 6 years and we sold one of them for $17,000.