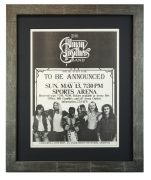 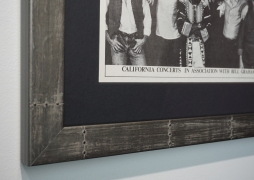 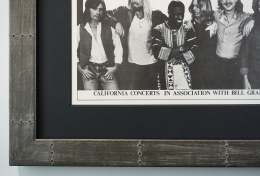 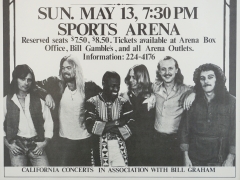 In 1979 the Allman Brothers Band had reformed after an almost three-year split that started in 1976 after Gregg Allman’s role in Scooter Herring’s trial. [Allman had turned state’s evidence against their longtime roadman, insisting that Herring volunteered to take the rap for a bad drug bust but the rest of the band didn’t see it that way].

In the interim, Gregg Allman’s marriage to the entertainer Cher, an excruciatingly on-again, off‐again affair that made him a tabloid celebrity was now over. Neither Dickie Betts’ nor Greg Allman’ solo albums were registering at all. So in 1978, Gregg Allman and Capricorn Records head Phil Walden approached Dickie Betts with the idea of a reunion. Their first public appearance together came at a Great Southern show in New York's Central Park that summer, when Allman, Trucks, and Jaimoe joined the band for a few songs. Williams and Leavell declined to leave Sea Level, so the Allman Brothers Band hired guitarist Dan Toler and bassist David Goldflies from Great Southern.

The band cut their reunion album, released in February 1979, “Enlightened Rogues,” a term Duane Allman had used to describe the band. The album reached #15 in the U.S., an unexpected phenomenon in a period dominated by disco, soft rock and New Wave. As Dickie Bett’s said in a NY Times review of the 1979 tour, ““When we get together, there's a certain chemistry. It's not the best band in the world, but it's damn close.”     The set list below from the San Diego show on this poster would bear those words out.

Don't Want You No More, It's Not My Cross to Bear, Can't Take It With You, Blue Sky, Need Your Love So Bad, Blind Love, Crazy Love, Just Ain't Easy, In Memory of Elizabeth Reed, Statesboro Blues, Try It One More Time, One Way Out, Southbound, Jessica, Whipping Post