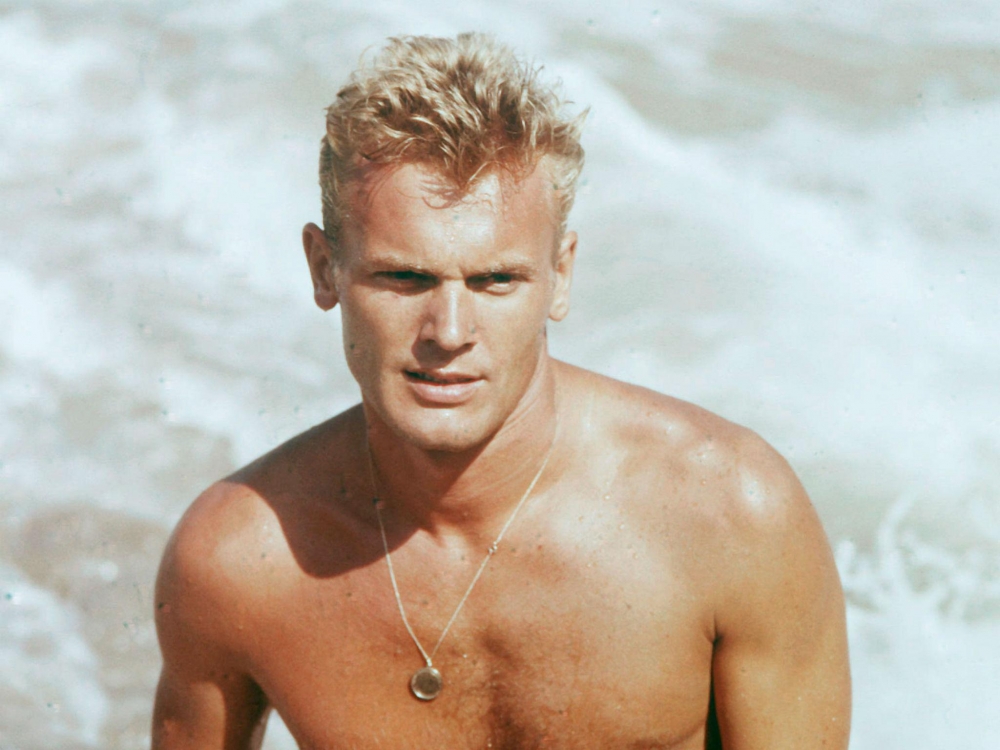 [Note: We have not been able to locate a photo of Tad Hunter, impeded in part by the fact that googling for San Andreas Fault brings up Earthquake references and looking up Tad Hunter just brings up heartthrob 1950’s actor TAB Hunter. To that end, I’ve included a picture of the actor. It's all I got.]

One of the leading poster artists during San Francisco’s psychedelic Sixties who signed his posters “San Andreas Fault,” Tad Hunter created posters advertising dance concerts at the Avalon Ballroom sponsored by Chet Helms of the Family Dog in 1968 and 1969 and other posters for performances at the Straight Theater on Haight Street in 1968. Hunter created at least eight posters for the Avalon and at least four for the Straight. He also designed posters for other concert venues in Sacramento, San Bernardino, San Rafael, and Portland’s Crystal Ballroom from 1968 to 1970.

In addition, he illustrated underground comix, notably drawing some of the panels for “The All-Losers Squad,” a series that ran from the mid-1970s written by Chester Crill and created the cover for a 1968 LP album by Kaleidoscope.